Nature and Arts video with five ephemeral installations created and filmed by Jordi Traperho in the year 2016 in the term of Belianes. L’Urgell. Lleida.

Video document of the Innocent with open arms action carried out in December 2016.

Video document action trees of wind inspired by the movements of the air over nature, realized in September 2007.

Video document of the installation sundial on which is played with the movement of the shadows made in November 2007.

Land art or Ecoart—how I rather call it—is another of the artistic activities that I have been developing through the decades, intuitively at first. I started at the beginning of the seventies with ephemeral works at the natural environment of La Floresta, Sant Cugat del Vallès, and then with ephemeral actions and installations in other environments.

Most recently—between 2012 and the current year—, I have been developing this new Cicle de Naturalesa i Arts (Nature and Arts Cycle) in the surroundings of my own house-workshop.

Here you are some brief information previously published in 7 Miralls al Dau 1, arts, sciences and humanities publication and website. 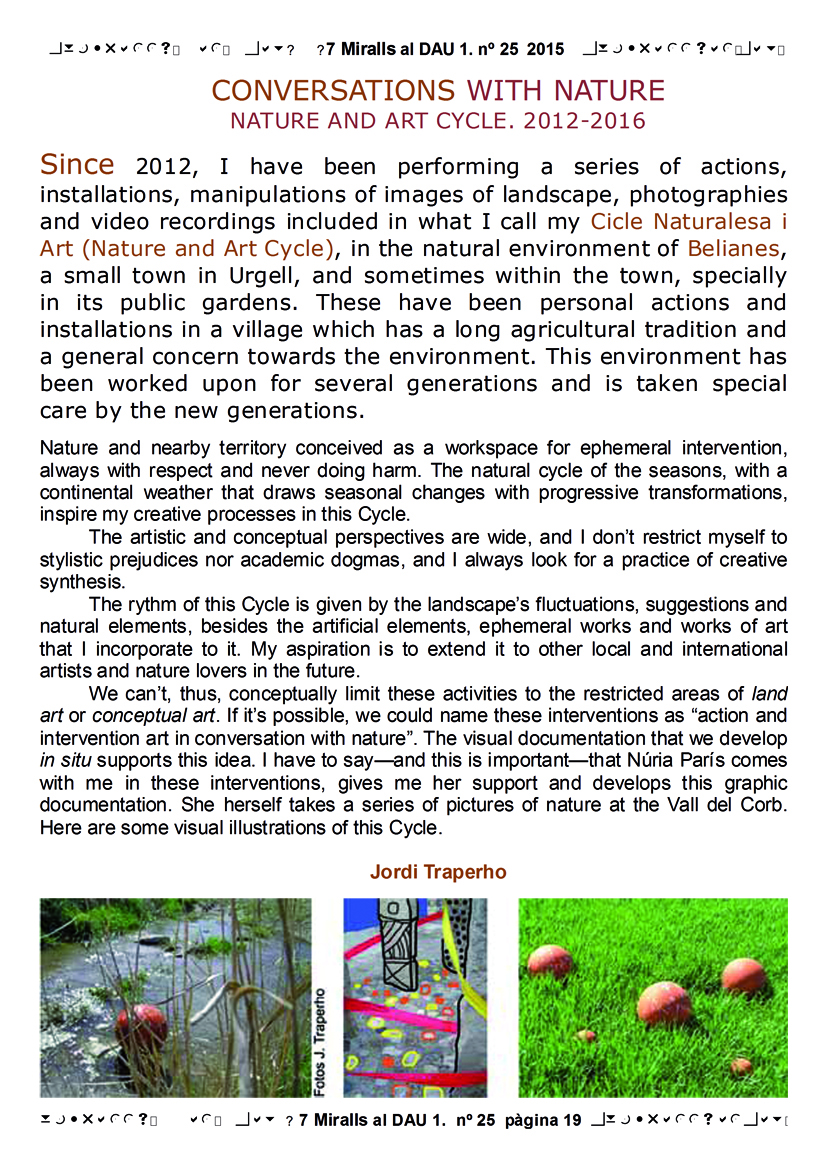 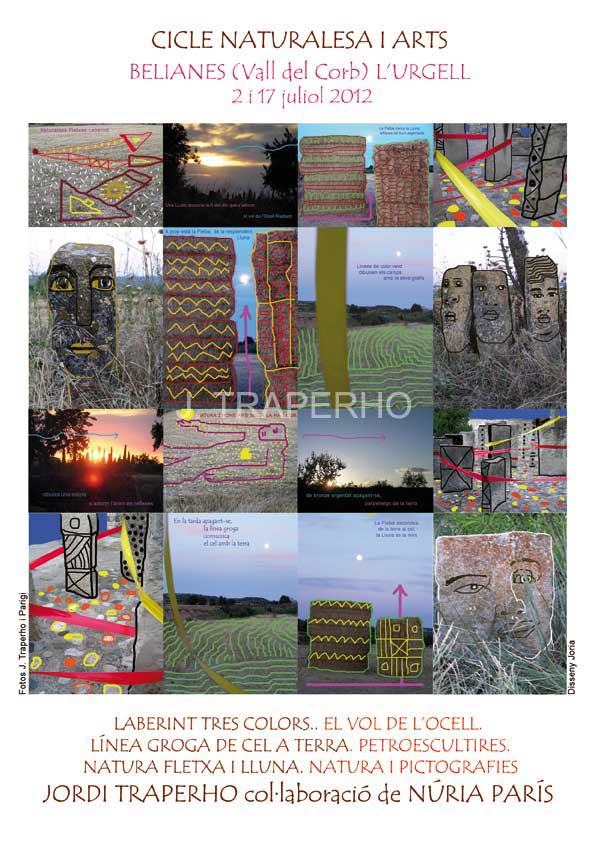