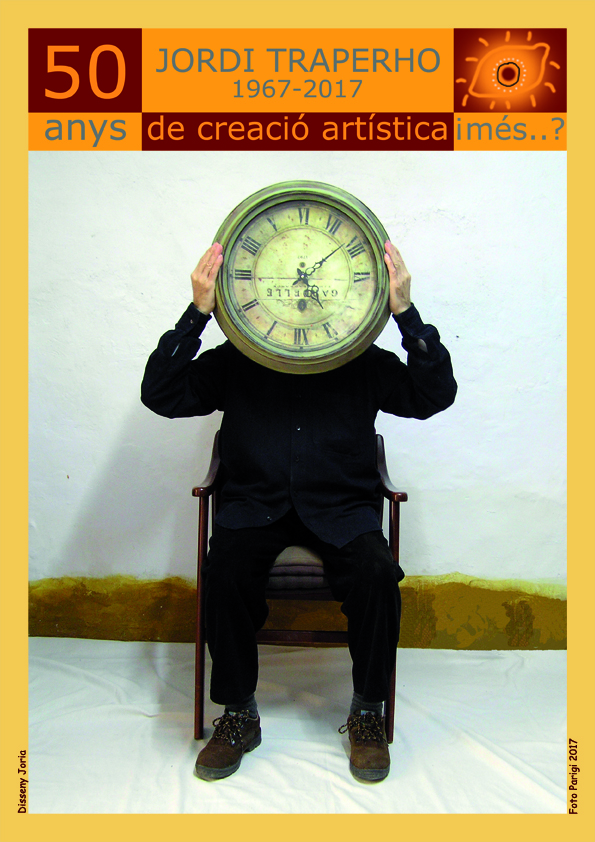 He starts in 1967 as self-taught. He paints from life, still-lives and figure sketches. He also paints portraits from life. A strong tendency towards the creation of imaginative works with both abstract and figurative components is starting to reveal since this period.

He has carried out more than one hundred and fifty exhibitions both individual and collective. He has also taken part in different showings, faires and international contemporary art biennials both in our country and abroad.

Is work is present in several galleries, cultural centers, town halls and both private and public collections.

He is considered in Barcelona as on of the forefathers of action art (happenings, actions, performances, ephemereal shows) that he carried out both individually and collectively (with the Tras-Síntesi Company) from the beginning of the seventies.

From 1981 until now he has developed a creative process with an interdisciplinary art concept that he calls Tras-Sinteista. In the beginnings of the eighties he was a contemporary of the post-avantgarde movement. He is considered as one of its forefathers (avant la lettre) in Catalonia.

His artistic activity comprises a period of fifty years of continuous investigation. Even though painting, sculpture and drawing have prevailed in among his works, he has always looked for parallel ways of expression from poetry or essay to any kind of synthesis in multidisciplinary works of art such as performances, videopoems, videocreations, etc.

He is the publisher of 7 Miralls al Dau 1 magazine (2007-17) (six numbers in print and twenty six in digital support) which takes part on culture and multidisciplinary dialogs between Art, Science, History, etc. inside the idea of a New Sinteist Rebirth. He also publishes JT. D’ARTS, a digital publication dedicated to his own work and thought. Parigi contributes to both publications.