RITES, INNOCENT TO THE ENCHANTED FOREST

Rites, Innnocent to the Enchanted Forest, performance realized by the multidisciplinary artist Jordi Traperho during his exhibition in Eurostars Anglí Hotel in Barcelona in September 2009.

Video of the action

Contemplation XV action realized on the exterior of the theatre, Dalí Museum in Figueras in August 2007.

Video of the action

What are we? Where do we come from. Where are we heading to?

Last October 23rd I devoped, in the physical and mental space of the Exposició Ramon Llull. La Màquina de Pensar (Ramon Llull Exhibit. The Thinking Machine) at the CCCB in Barcelona, a series of actions in relation to the works exhibited there.

The main thesis of this exhibition starts with how artists from different times, and specially contemporary, are inspired by some of the premises and ideas of the great humanist Ramon Llull, and pay attention in the universality and validity of his philosophy: tolerance, multiculturality, dialogue between civilisations,  creative and scientific spirit, mysticism and spirituality that involves the universal humanism. This gave way to my own questions: What are we nowadays? What is our origin? And, towards what kind of future are we heading to? It’s a future that we are building and determining right now.

Because they are atemporal and essential to the reflective nature of the human conscience, these questions are still valid, even though I made use of them in former periods of my creative trajectory. 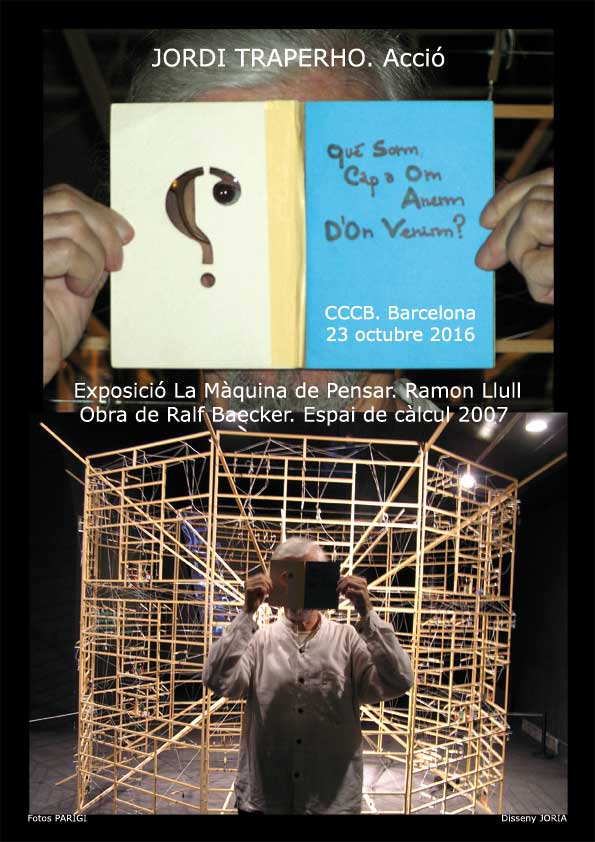 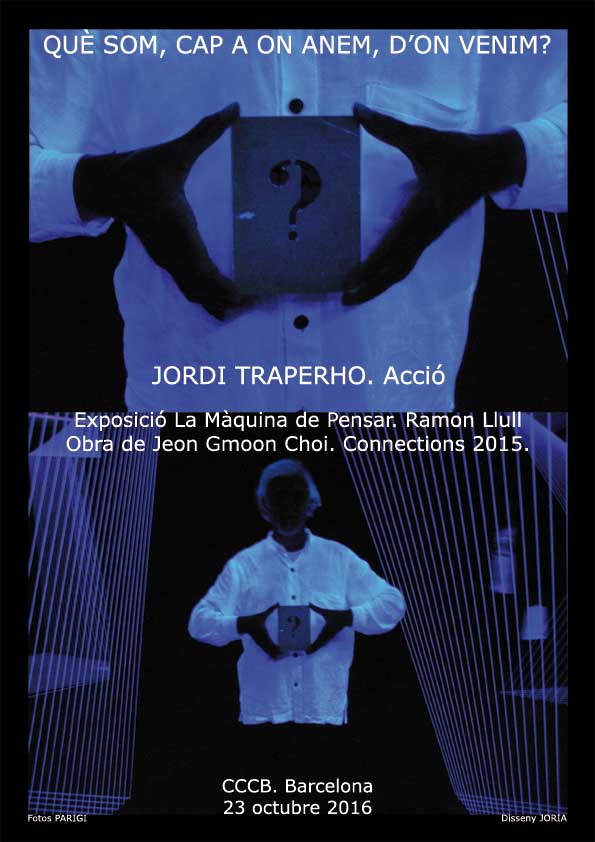 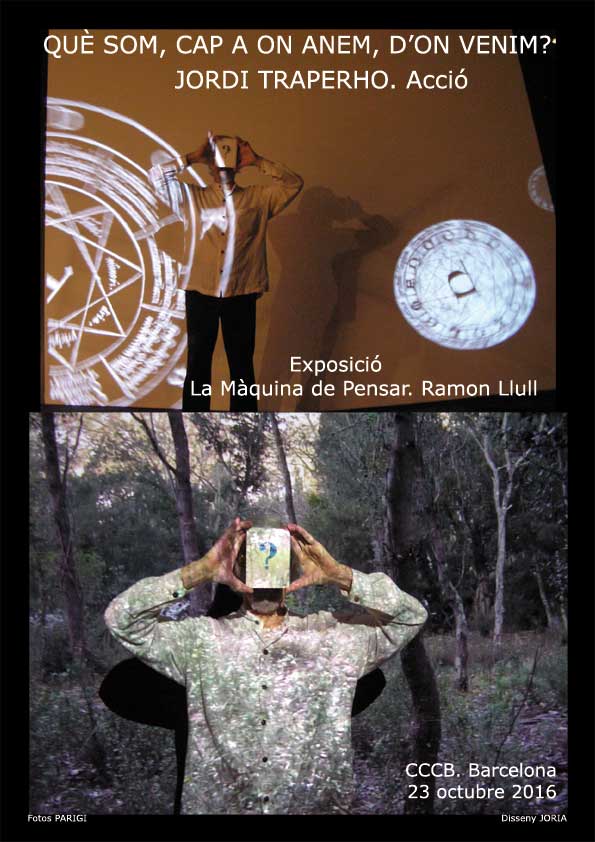 This revolutionary spontaneity action was inspired and provoked by the work of Alejandro Monge, who reflects on the capital flight of fortunes toward “tax havens”, with an impressive piece of art named, pun intended, Holidays in Cayman Islands Brown from2016. 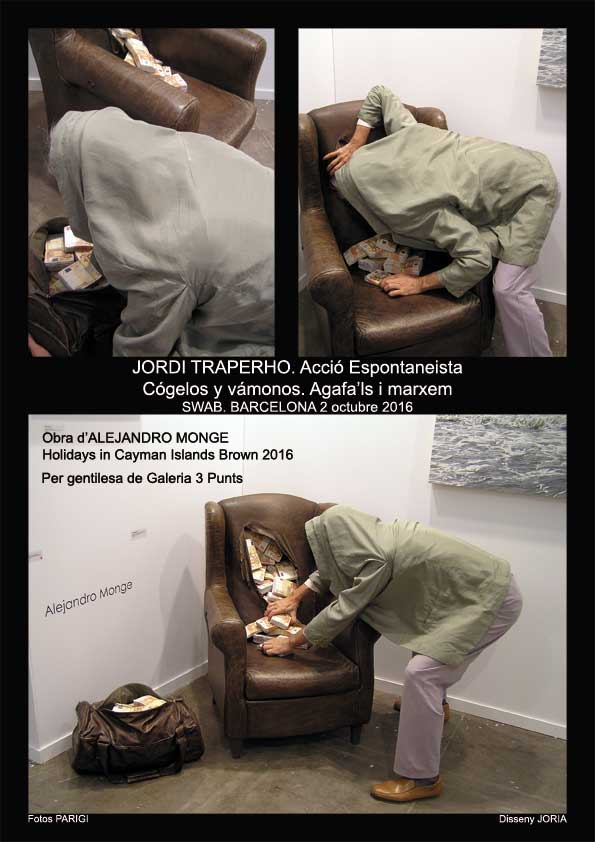 With this action of setting the monument of “Columbus on Top My Head“, I want to ironically and performatively reflect on the current issues in relation to this historical monument that is set at the Rambla de Barcelona. I performed this action some months before the current debates about the suitability or not of this public symbols from former ages were held. 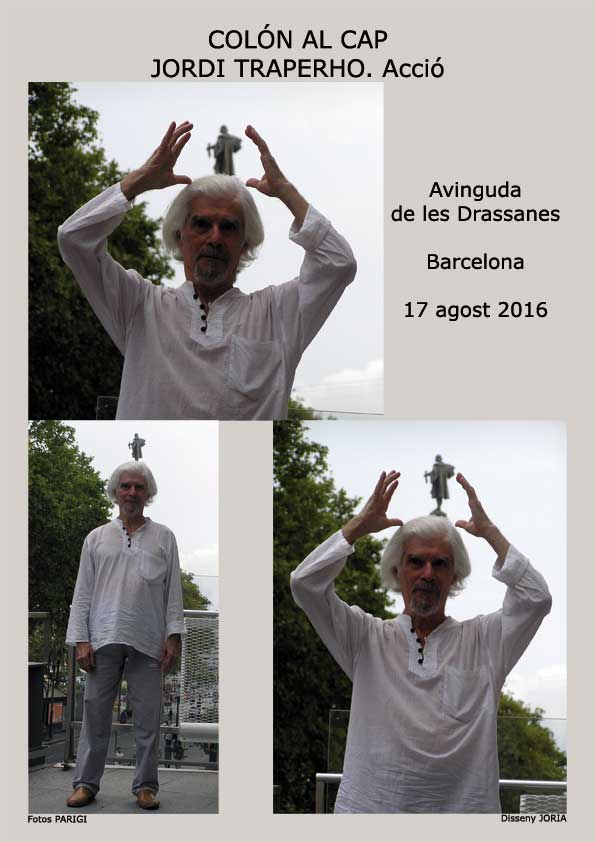 This series of actions have been developed mainly since 2016 and they express the act of jumping—”flying” in front of given pieces of art or artists—, and the feeling of liberation and physical, sensitive and spiritual expanse that they provoke inside of me. A work is understood and then, immediately, there is the action produced as a vital response: “a flight”; the liberation of my spirit in front of the materiality of the visual and sculptural space that provokes it, and that awakens this need of jumping, to be free. It is also a gesture of fulfillment.

These small seconds of suspension in space match the lightness of the ephemeral or consistent feelings that works of art emit and communicate.

It is a tribute to energetic—noticeable and absolutely tangible—forces that some works emit when they are contemplated.

This is a series of actions started during 2016 which is developed mainly in Barcelona. Soon we will give some details about the ones performed in other cities. These actions are included in my trajectory as an artist of action, that started around 1968 and by which I am considered a pioneer in Catalonia.

By this gesture of outstretching my arms—in front of art pieces exposed publicly in museums and other venues—I dramatise my admiration for these artists. This is both an artistic manifestation and a personal tribute.

These actions can also be interpreted as a symbol of the work and sacrifice that the artist endures and carries out alone in his workshop or study, besides other pleasures that every creative work provides. This is also an indirect way of vindicating all the marginalised artist and the absence of their work in public spaces. 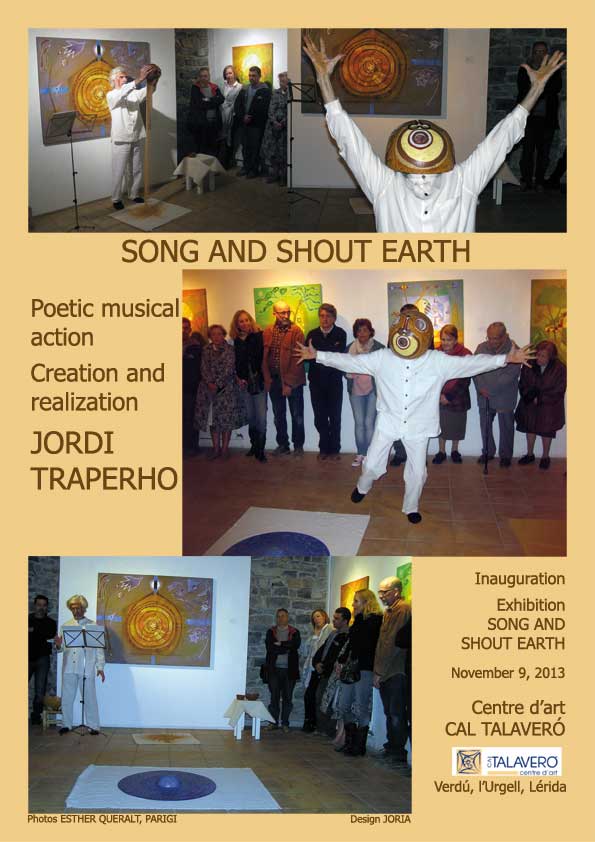 THE SONG AND THE SCREAM OF THE EARTH. Action. Balaguer Town Hall. Lérida. November 30, 2012. 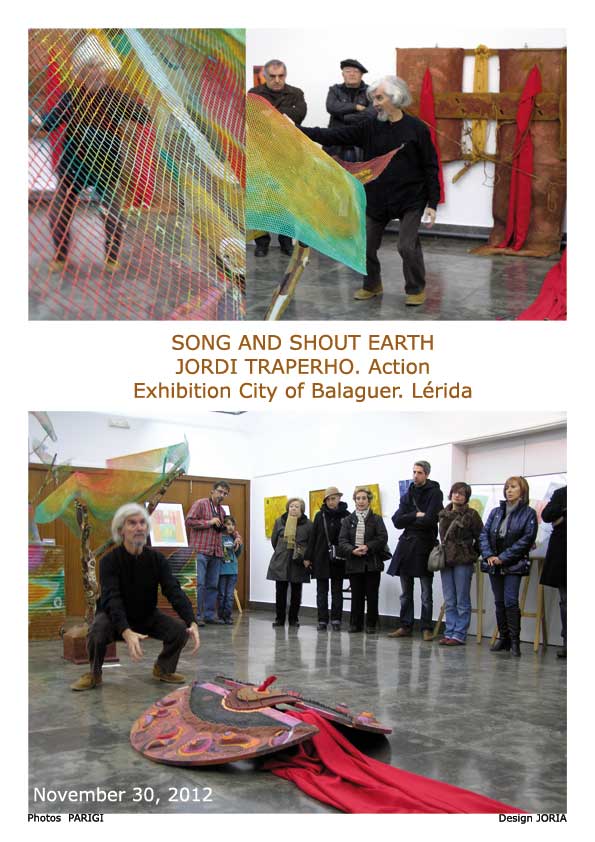 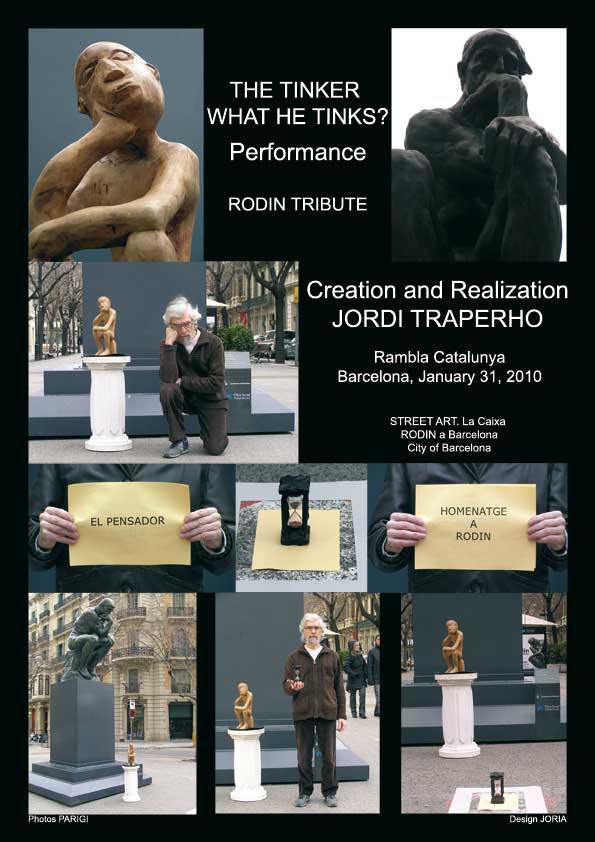 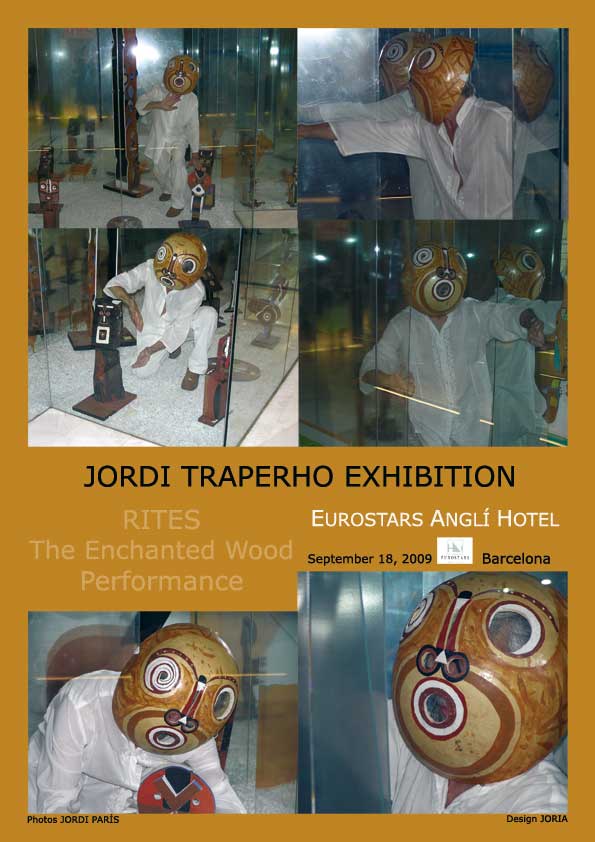